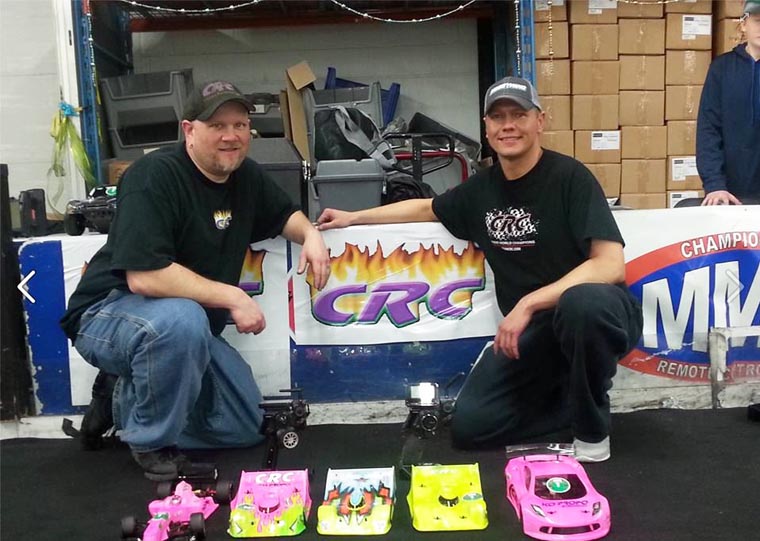 Andrew Mowery at MMR has really seen World GT-R take off at his facility. At the Challenge, a strong field of racers took part on the brand new Fasttrak II racing carpet. Team CRC’s Brian Wynn drove his CRC World GT-R to a dominating T.Q and win. In addition to the tires and chassis, Brian used the CRC #3705 1s pack to power the 17.5 motor batteries

Like other World GT-R events held around the country, at MMR the cars handled very well on the rubber tires. The RT-1 tires had no wear and no degradation, running as fast on the 20th run as the 2nd run. No ride height changes, no gearing changes for changing tire sizes and no tire truer! World GT-R is the new rage in road course racing, give it a try!

John Wiita has been on fire with his CRC cars and tires. Earlier in the season, Wiita won the Halloween Classic and rolled into the MMR Challenge with attitude. Wiita drove the World Champion CRC Xti-WC to victories in both 1/12th scale classes; 17.5 and 13.5. John used the World Champion line of CRC tires to keep his car in touch with the new CRC Fasttrak II carpet.

Jim Piersol T.Q.’s and wins the Formula 1 class at the 2016 Hudy Race at Prolevel RC in St. Louis!

Long time CRC racer Jim Piersol followed up his A-main performance at the US Indoor Championships with a T.Q. and win at the awesome Prolevel RC facility in St. Louis. Prolevel is the USA home track for XRay, so Piersol found himself in hostile waters with his CRC ride. Jim was able to use the smooth handling and consistency of the new 2016 WTF-1 to take T.Q. and a win.