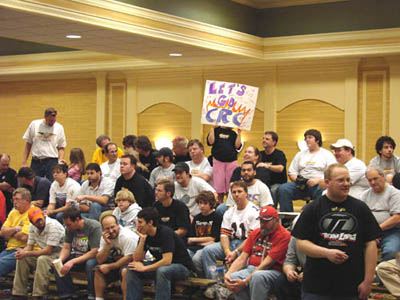 Calandra Racing Concepts had another solid performance in Cleveland at the 27th U.S. Indoor Championships. CRC just released the new Carpet Knife Generation X (#3200) 1/12th car 1 week before. And of course a big part of the Generation X is the new Pro-Strut (#3240) molded front end from CRC. This new car wasn’t just a new rear-end or revised chassis design, but racers with the Gen-X would now be using a totally new production front end combined with a radically new chassis and rear pod design with only 1 weekend to get dialed in. With so many racers getting their new Gen-X cars with only one weekend to test, it would be interesting to see how the new car did on such a short lead time.

With 4 classes of 1/12th cars (1/12th stock, masters, 19 turn and modified) 40 A-main positions were available. CRC cars dominated the mains with a 60% of the A-main drivers choosing CRC machines. The Generation X car in it’s first week of existence, dominated the A-mains with 50% off the field in Generation X cars! ?CRC cars were 9 out of 10 in 1/12th stock! The Gen-X made up 70% of the A-stock field. Again, the drivers had only one week of test time, an incredible result.?

Eli Ezrow continued his winning ways making it 3 in a row, with Frank Jr. (both in Gen-X) and Skip Starkey rounded out the podium in his T-Fource. All three drivers using CRC’s High Roller’s.  Kelly Bean and Jimmy Piersol rounded out the Top 5 with their Generation X cars. 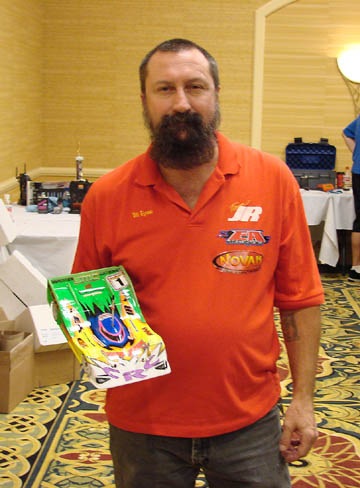 The Gen X sets a new mark in 1/12th scale. Unlike many competitors machines that use parts from other cars and other companies… the new Generation X from CRC is a pure bred 1/12th car with 99% of the parts coming right off  Team CRC’s computer aided design and manufacturing systems. The front end, chassis, axles, tires, wheels, pod plates, diff, hubs, shock… all designed and made by CRC.

In 1/12th stock, Team CRC drivers Mark Calandra and Tom Firsching finished on the podium joining 7 other CRC racers in the main.  Nine out of 10 A-main driver chose CRC! 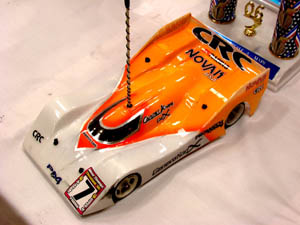 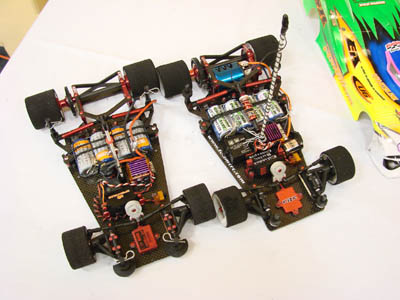 In summary, a great week of racing for Calandra Racing… the new front end was a big hit with racers installing the front suspension on Associated L4’s, Corally cars and Rev cars. Coming off  a 1-2 finish at the Halloween Classic in the hands of Mike Blackstock and Paul Ciccerello, the new Generation X was solid, a full 50% of the field including 1-2 in Masters. 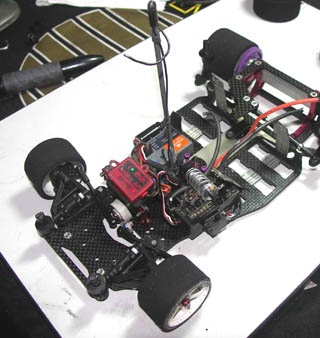 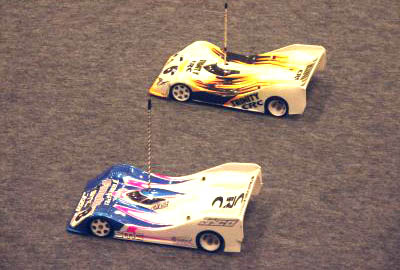 At left, Blackstock and LeMeiux prepare for a 1/12th Mod qualifier in their Gen-X cars.

Also new at Cleveland was CRC’s ”The Rake” laydown brush (#6025) for stock and 19 turn racing motors. Called ”The Rake” because the brush has large, sharp serrations and a high metal content to deliver high amps to the commutator. This brush is 2 years in the making with extensive testing and revisions to release a powerful brush for laydown brush racing motors. CRC is based in Rome, NY, which is also known as the “Copper City” for it’s large copper wire and commutator manufacturing facilities in the area. Utilizing local knowledge in copper and commutation properties, combined with extensive testing from CRC team drivers, Calandra Racing’s raked (serrated) face brush is already a performance leader. Mark and Frank Calandra used the brush for second place results in both stock and masters class. In addition, “The Rake” brush finished 2nd and 3rd in Touring car 19 turn as well.

You can check it out here. 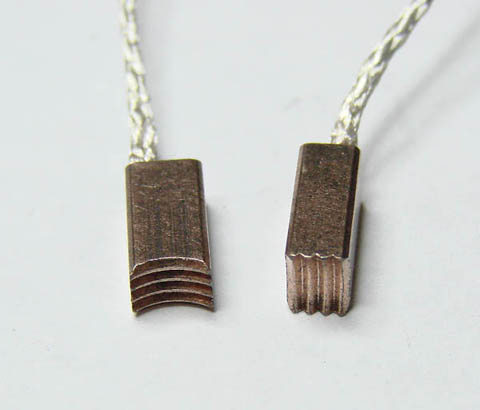 Using IRS ride height adjusters in the Gen
CRC wins the Snowbirds 5 years in a Row!